Gold has become an expensive commodity. Those who have it and are selling right now are reaping great rewards but some are still holding on to gold in the hopes that the price will go up some more. A lot of analysts believe that gold is just warming up. There […]

Gold has become an expensive commodity. Those who have it and are selling right now are reaping great rewards but some are still holding on to gold in the hopes that the price will go up some more. A lot of analysts believe that gold is just warming up. There are those that believed that it would not hold at $2,050 an ounce but it stayed above $2,000 an ounce for a couple of weeks. Some people beloved that as with any bubble, the market will inevitably self-correct especially with countries opening up their economy in a bid to return to semblance of normalcy.

However, if we look to history we will notice that when the gold price rises over fair market value it tends to gain momentum and keep going.

If is impossible to say with certainty that gold is overpriced, underpriced or stagnating. You don’t really need a magic wand to predict where the price will go and whether you should sell now or later. The fact is, throughout history gold has maintained it’s intrinsic value. The techniques used to value gold don’t work for other asset classes, which makes it a unique commodity to invest in.

Try as we might by applying various scientific methods to arrive at the real or correct price for gold, we still haven’t been able to. The current price of gold may look expensive but it could rise further or drop, we never really know, most people just speculate.

One way that others have used to measure gold is to compare it to other traded commodities. In the 70s, the shocks to the price of crude oil were used as a way to keep the value of petroleum constant in terms of the gold price once the metal was no longer pegged to the dollar. This made gold look expensive.

The oil to gold ratio hit its lowest this year when the price of gold tanked.  However, it managed to rebound as the price of oil recovered. This recovery also played into raising the gold price.

Another way is to look at the illusion of fiat currencies. The dollar price of gold depends on the value of the U.S dollar. In the last few months, the U.S dollar has weakened. However, looking at gold in terms  of the Euro or Yen we can see that there is more to this that how weak or strong the U.S dollar. Gold reached an all-time high in Euro and Yen last year.

The other important influence on the price of gold is the yield that is available on bonds. Gold doesn’t really create an income, this becomes less of a problem when bonds pay little in real terms. At the moment, real 10-year bond yields have been more negative since inflation-linked bonds became available.  The U.S joined Germany last year in having negative yields presaging a weak dollar and higher gold prices.

When you consider all this and what is happening in the world generally as far as politics an the economy are concerned, gold is not done.

This article was brought to you by:

The Court Directions and the Sales Tax Directives for You 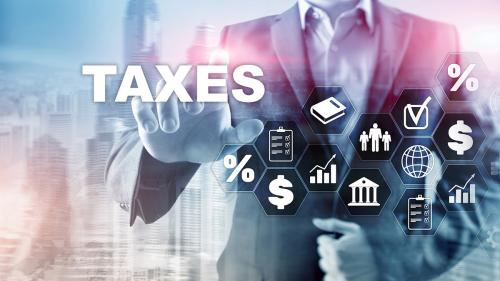