CHRISTIANSBURG, Va. (WDBJ) – The Christiansburg Marketplace is quickly taking shape and is gearing up to bring a positive economic boost to the town.

From a quiet, empty lot in 2018, to a busy construction site two years later, the shopping center has gotten quite the facelift in just two years.

Where once were just a couple fast food restaurants and a hardware store, there are now nearly a dozen businesses ready to move in.

Some of the construction is a new stand-alone Starbucks with a drive-thru that will face North Franklin, Chipotle with a mobile pickup drive-thru, Mission BBQ and the recently announced addition of Chicken Salad Chick.

“It is one of the fastest growing chains on the East Coast,” Rector said.

These restaurants will have an entrance on the Peppers Ferry side of the marketplace, as well as being accessible from the main entrance across from the mall.

“We’re so excited with our leasing efforts here,” fellow developer, Chris Carlsen said. “We’ve got such a perfect center for retail in the Christiansburg, Blacksburg market.”

Along with lots of food options, the developers are hoping to bring in high-end retail clients, including relocating some of the mall tenants to the marketplace.

“Soft goods tenants like Victoria’s Secret, American Eagle,” Rector said. “And there are three other stores in the Christiansburg market that we’re after specifically.”

But everyone will just have to wait a little bit longer to find out what those will be. In the meantime, residents can look forward to a new Verizon store, Aspen Dental, Zale’s, First Watch, Sandro’s Pizzeria, Orange Theory Fitness and Jersey Mike’s Subs with plenty space available for more tenants.

“Between now and June 1, we expect to have the majority of the buildings completed and fully occupied,” Rector said.

By then, Rector added, he expects there to be close to 500 new jobs.

“This project is so well received by the community,” Carlsen said. “We’re so excited about that. The town, the mayor and the board have been very helpful and supportive as well.”

From plans on paper to the most recent view from Air7, you can see just how much progress is being made.

“The worst thing you can have is empty space sitting in your town,” Carlsen said.

In July, the Segall Group announced its anchor store would be the high-end, organic grocer Earth Fare, similar to the one in Roanoke.

“Earth Fare anticipates that their Christiansburg store will do even better and that’s primarily due to the lack of competition,” Rector said, adding that Earth Fare will likely open by the end of the second quarter next year.

One of the ways the Marketplace is an attractive location for popular tenants is its proximity to Virginia Tech.

Which means on Game Day, the 1,500 parking spaces close to food and alcoholic beverages will be a great tailgating spot for fans.

“We want to encourage that,” Rector said. “We will not be charging for that.”

The developers said everything is on track to have most store fronts occupied by June 2021, even with the challenges and delayed openings presented because of COVID-19.

“People know this is not going to last forever,” Carlsen said. “We are going to get back to real life and this is the place to be in Christiansburg, Roanoke and Radford. This is where it’s at.”

For more information about the Christiansburg Marketplace development, click here.

The Marketplace for Voting Equipment Is Closely Concentrated. What That Means for the 2020 Election

Tue Oct 6 , 2020
Illustration by Ben Mounsey-Wood Textual content sizing Northampton County, Pa., rolled out new voting equipment in November 2019 as element of a $2.9 million contract with the nation’s most significant professional vendor of voting technology. Like other states responding to 2016 Russian interference, Pennsylvania was in the late stages of […] 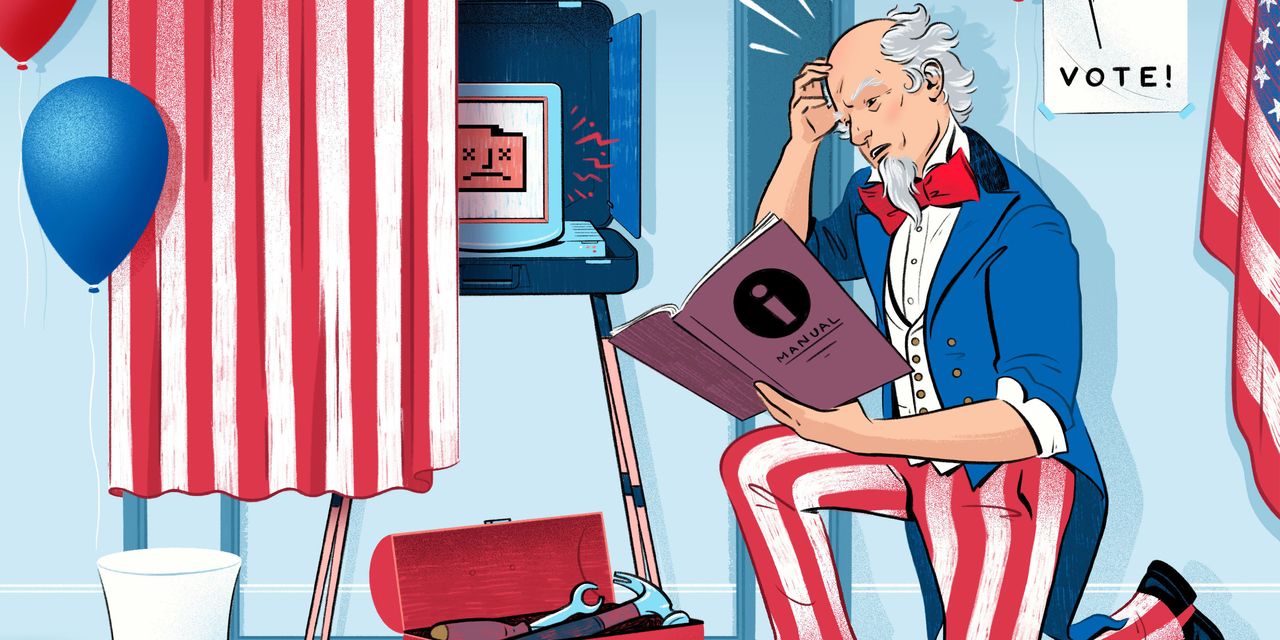